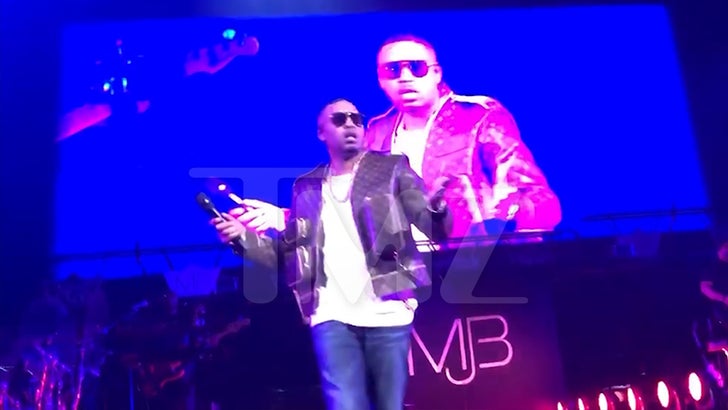 Nas had the beat, the crowd and the stage, but one critical thing was missing — at least for a good portion of his performance — and still, he never skipped a beat.

The legendary rapper suffered a technical difficulty Wednesday night at Barclays Center in Brooklyn during his performance with Mary J. Blige. The duo was performing her track, “Love Is All We Need” featuring Nas, who, BTW, was rocking a Louis Vuitton Monogram Admiral Jacket.

Anyway … the music was poppin’ and Mary was dancing. But, as Nas begins, there’s an audible silence. For a good 30 seconds you can see Nas rapping but can’t hear him. Finally, he’s like, “what the hell?!”

Someone in the crowd even yelled about the dead mic. Just as Nas realized the issue, his sound finally came back to life.

He kept the beat flowing like a pro, but someone on the crew got a lotta ‘splainin’ to do!