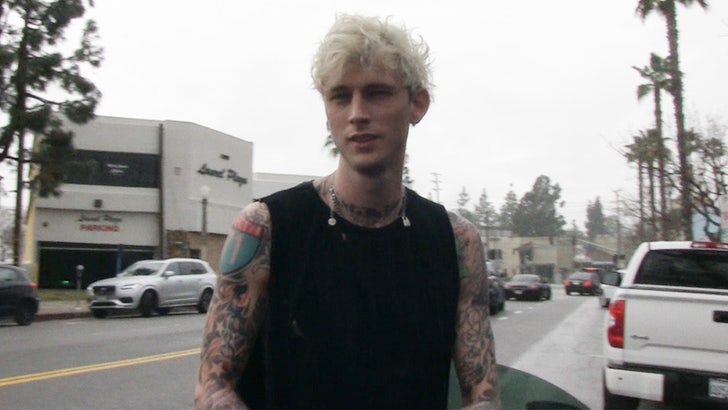 Scientists may be advising social distancing among ourselves, but as far as Machine Gun Kelly‘s concerned … sex is very much still on the table and about to see a HUGE surge.

We got MGK Saturday in Studio City and asked what he made of speculation that the COVID-19 pandemic could actually spark another baby boom — ya know, ’cause everyone’s holed up and just chillin’. He says he agrees … as he puts it, “Everyone’s f***ing.” Nice!

Then comes an interesting question … what are the rules of the road for hooking up amid an outbreak like this? Sounds like our camera guy’s speaking for himself and other guys out there, but Kelly’s advice of going the straight-to-business route applies to both parties.

Long story short … docs might be saying to avoid mouth-to-mouth, but no one ever said anything about other parts not touching. So in other words, no kissing … just banging.