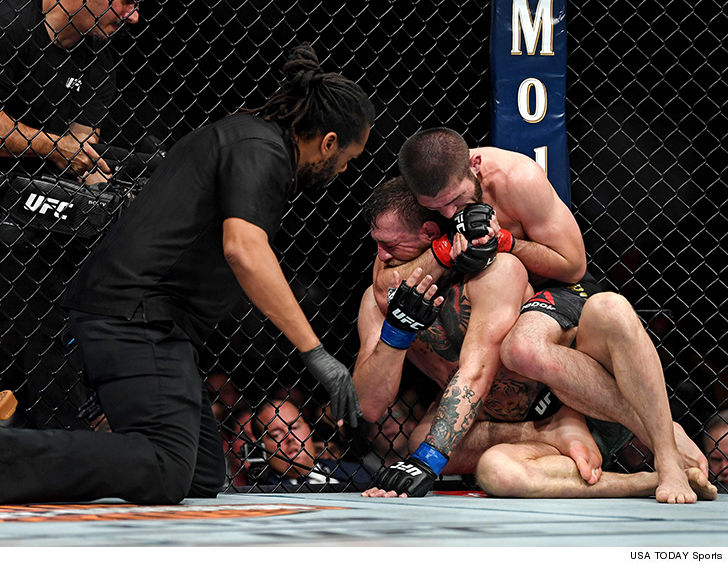 Khabib Nurmagomedov is a bigger star than Conor McGregor — so says his manager — and therefore deserves MORE MONEY than Conor … which he why he wants at least $50 mil for his next fight.

We spoke with Ali Abdelaziz who argues Khabib has become a “global superstar” — who’s met with some of the most powerful leaders in the world.

Ali says Khabib’s reach is bigger than ever — and he wants UFC to come to the table with a paycheck that reflects how big of a star he’s become.

“Come on, man! You have a guy meeting with Putin, [President of Turkey] Erdogan. And, the other guy selling liquor on the corner store. It’s not even in the f**king same planet.”

Ali says Khabib would consider a rematch with McGregor if the price is right — but, this time, Conor will get an even worse beating.

“I really want to see [Conor] drink his own blood,” Ali says … “He talked a lot of sh*t. He didn’t back it up. Embarrassed himself in front of his whole beautiful country of Ireland, his father, his mother, his wife.”