Add Jon Jones to the list of athletes who have a major problem with the Lil Nas X “Satan” shoes … with the UFC superstar calling them absolute “bulls**t.”

The quick background … Lil Nas X collaborated with a company called MSCHF to produce the Satan Shoe, AKA the “blood shoes.”

The kicks are essentially customized Nike Air Max 97 shoes — with each pair featuring the pentagram symbol, a Bible verse that references Satan, and allegedly a drop of blood from one of MSCHF’s employees. 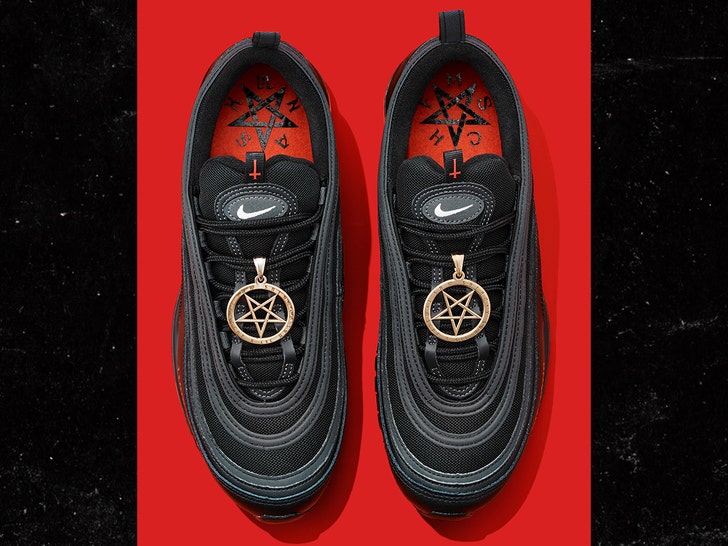 There are also only 666 pairs being made — and came with a $1,018 price tag … a number which happens to be a not to the Bible verse Luke 10:18, which references Satan’s banishment from heaven.

Enter Jon Jones — a religious man who famously sports a “Philippians 4:13” tattoo on his chest (a bible passage that says “I can do all this through him who gives me strength”).

When Jones heard about the shoes Monday evening — he incorrectly believed Nike was involved with the sale (which it is not) and threatened to set all of his Swoosh apparel on fire as a result.

“Tomorrow morning I’m going to burn all my Nike shoes, you will never catch me in that sh*t again,” Jones tweeted.

Don’t worry, one of his followers quickly informed the UFC legend Nike isn’t involved — and that the company has already taken legal action to stop the sale of the shoes.

“OK, now I’m seeing there is a lawsuit,” Jones added a short time later … “Glad to know Nike isn’t behind this bulls**t.”

Two other well-known athletes have spoken out against the shoe — NBA star Nick Young and the projected 1st overall pick in the NFL Draft, Trevor Lawrence.