Hanging Out Again with Sober Buddy 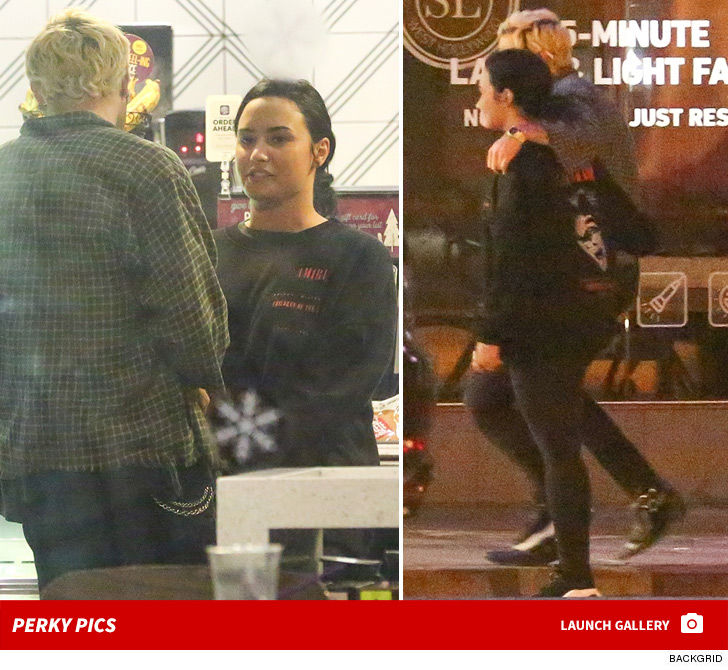 Demi Lovato ﻿has what appears to be a constant companion, and he has a few things in common with her that are now the centerpiece of her life — addiction and sobriety.

We just got these photos of Demi and clothing guru Henry Levy grabbing coffee Sunday night in West Hollywood … and, as you can see, they’re getting really close. Demi’s got her arm around Henry’s waist, and he’s got his draped over her shoulder.

We’ve learned Demi and Henry went to an AA meeting Sunday night — he’s been in and out of rehab since he was a teen. We’re told Demi and Henry actually met a few years back when both were in rehab. 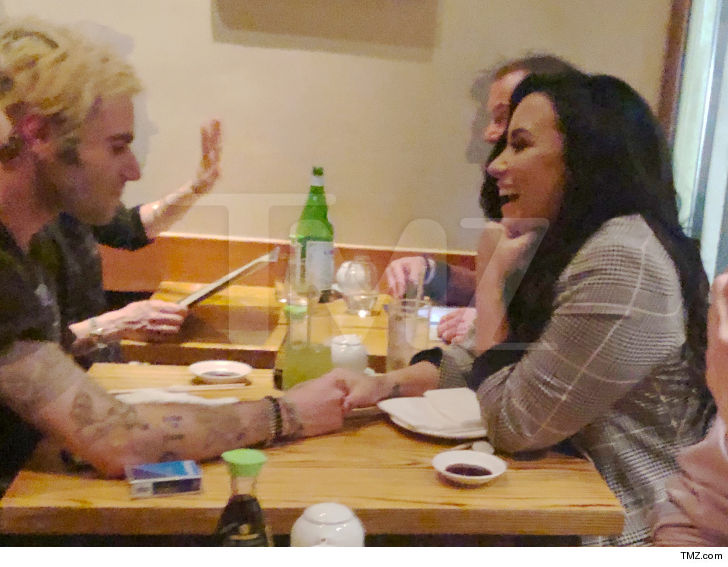 Demi and Henry’s Sunday outing comes on the heels of their fancy sushi dinner Saturday night at Matsuhisa in Bev Hills … when we first saw them together having a great time over dinner.

Demi definitely enjoys Henry’s company … because they were back at it again the next day, smiling, laughing and looking cheerful as they waited on iced coffees.

Lovato was in rehab for 90 days. We broke the story, she almost died July 24 after OD’ing at her Hollywood Hills pad. She was hospitalized for 10 days, and then checked into rehab at the beginning of August.